The new God Of War, even if it doesn't have a number, is not a reboot of the series. This episode takes place well after the 3rd. Kratos has to take care of his son Atreus whose mother died. He will train his son the hard way throughout a journey whose goal is to spread her ashes on the highest mountain of the Midgard. Gone are the days of Greek mythology, this episode is about to attack the north. Even if we're not in a reboot, this God Of War is based on totally new gameplay. TPS type shoulder camera, skill tree, loot and crafting with RPG sauce, fights much more tactical.

We've lost the beat them all ultra brutal aspect for a clever mix between Uncharted, Dark Souls and even a bit of The Witcher. Despite these drastic changes, this episode keeps the potato that is part of the series' DNA.

The fights are incredibly violent and despite the TPS camera, the grip is immediate. In this episode you will also have the precious help of Atreus. You can ask him to distract an enemy with his arrows or to break his chains. God Of War keeps the gigantism of its bosses and a staging with small onions!

In terms of narration, he also makes some efforts with an interesting father-son relationship even if we are not at the level of a Witcher 3. Concerning the world of God Of War, this one is much more open than the previous episodes without however being an Open World.

The ultra-dynamic action phases will be interspersed with a little exploration and a few puzzles that allow you to vary the rhythm. 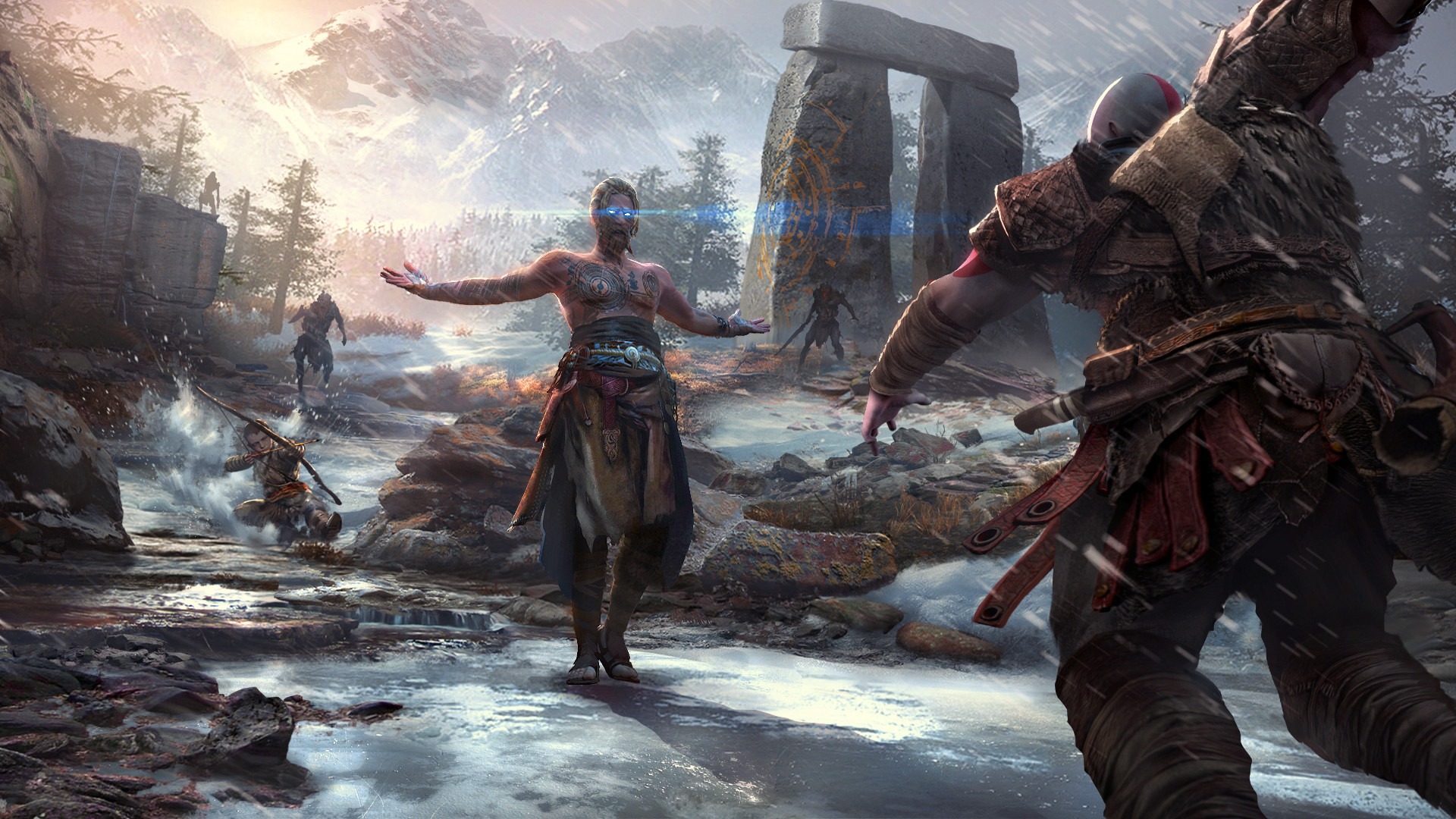 Visually the series has always been a technical showcase for Sony. This episode of God Of War is no exception to the rule. Graphically it's a monumental slap in the face, so much so that you can't distinguish the pre-calculated scenes from those with gameplay.

Clearly Sony achieves a feat with this episode and competes with the most beautiful PC games with much more powerful configurations. The Santa Monica studio was able to take advantage of everything that can be done on the playstation 4 and all this while keeping an excellent fluidity (30 fps in ultra hd and 60 fps in 1080p on PS4 pro).

In the end this God Of War totally renews the series while keeping a part of its DNA. The mix is successful and the RPG aspects make the game less redundant. The lifespan is as well increased, count not far from 30 hours to finish the game and all this without useless filling... Be careful, we will be too much able to recommend you to make the game in "normal" for your first run. It is much more difficult than the previous episodes.

This God Of War is clearly THE game of this beginning of the year, if you have a PS4 it is a must.

You'll find below a home video of the gameplay on PS4 Pro.