Asgard: The Realm of the Aesir

The domain of the Aesir is called Asgard. It is here that the splendid halls of the main Aesir are located.

Asgard Presentation and description of the place 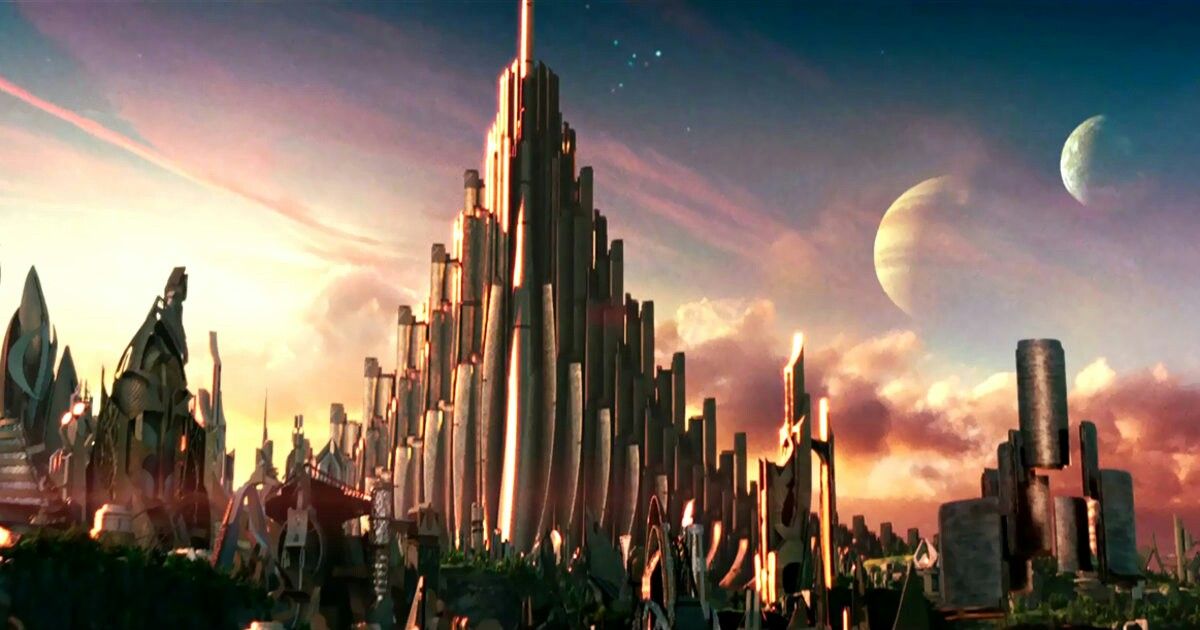 In the centre is Odin's Hall, so high that no human can see its roof, which is covered with gold shields.
Above one of the gates of the enclosure is a watchtower (Hlidskialf) in which Odin's throne is located and from which he can see everything in all worlds.

The Aesir had been severely tested by the violent attacks of the Giants, and they needed to quickly take shelter in a fortress. Since none of them knew how to build one, they accepted the proposal of a master builder, Hrimthurs, who suggested that they build the largest and most powerful of all fortresses. But in exchange, he only asked for the sun, the moon and the beautiful Freyja!

The gods found the market conditions excessive and didn't know how to do it, so Loki had an idea and proposed a new deal: if the fortress was finished in less than three semesters, he would receive the payment he asked for, but otherwise he would receive nothing.

Moreover, he had to work alone, and only at night.
The deal was made, each believing they were fooling the other, and the Aesir thought that the master builder, despite his technique, would never succeed.

But the work progressed much faster than expected. The worried gods sent Loki, who was at the origin of the proposal, to spy on the construction site.

He realized that the builder was using the horse, Svadilfari, to transport the stones. It was a magnificent beast that did more than half the work alone.

Loki disguised as a mare and Svadilfari...

Time passed, there were only three days left and the fortress was almost finished. The gods began to look at Loki with an evil eye, for it was he who had proposed this deal, where they risked losing the sun, the moon and Freyja. That's why he decided to act quickly.

The next day at sunset, Loki turned into a mare in rut and galloped to the construction site. Svadilfari, the giant's horse, chased her all night, and the giant couldn't even get her to bring a single load of stones. The next day it was the same, and the day after that.

So the house was not finished in time. The giant, for he was one, left empty-handed and entered into a mad fury, "the fury of a giant" and thus revealed himself to be a declared enemy of the Aesir. Thor was forced to kill him with a blow from Mjöllnir on the head.