Giant wolf of the Norse myths, Fenrir is the one who will trigger Ragnarök, the end of the world.

Origins of the Fenrir Wolf

Huge wolf, son of the god Loki and the giant Angerdoba (or Angrboda) and brother of Jormungand and the goddess Hel, Fenrir (or Fenris) was endowed with a colossal strength that made him fearsome even to the gods. With the giant Larvindia he had two children, the wolves Sköll and Hati. Sköll pursues the sun over Yggdrasil and Hati the moon. The gods looked with an evil eye on this beast, which was able to confront them and perhaps defeat them, especially since an oracle warned them that one day Fenrir would turn against them. The king of the gods, Odin, proposed to imprison him so as not to stain the world with his blood, which was approved by the entire council of the gods. Twice they tried to chain the animal, but its strength was so great that he managed to break them. Odin then went to the dwarves to make chains for him, the biggest and strongest in the world. 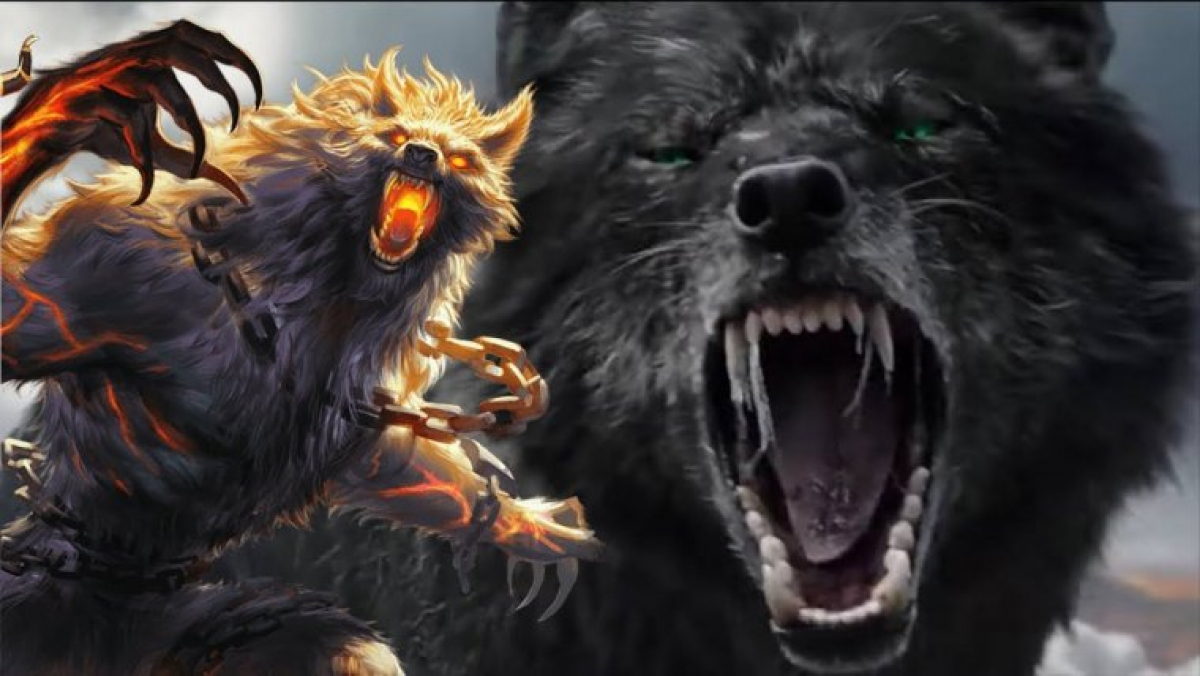 When the dwarves presented their achievement, they surprised Odin, for instead of giving him a chain with heavy links, they gave him a simple, soft, silky ribbon created with their magic and six elements: the mewing of a cat, a woman's beard, mountain roots, bear sinew, fish breath and bird saliva. Odin felt it and saw the strength of the ribbon, which nothing seemed to be able to tear, cut, or break. He named this bond Gleipnir.

The challenge between Fenrir and the gods Tyr 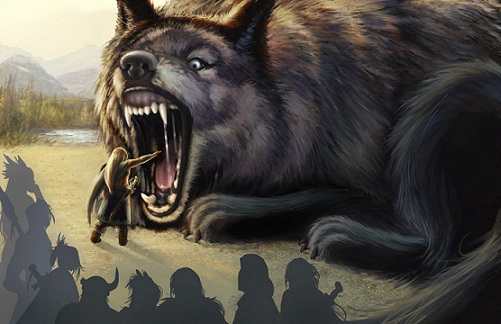 However, it was not easy to attract Fenrir, especially since the creature was now suspicious. The gods organized a challenge in which they had to try to break the ribbon. All tried and failed and they offered Fenrir a chance to try. The wolf refused at first, but eventually accepted for fear of being seen as a coward. However, he imposed one condition: one of the gods would put his hand in his mouth while he tried and if they tried to trap him he would crush it.

"I'm not inclined to let this cord pass me by. But let one of you put his hand in my mouth as a token that all will be done without betrayal. »

The sacrifice of the God Tyre

The gods hesitated but Tyr accepted. As soon as Fenrir tried to break the ribbon, the gods bound him with the ribbon. The wolf did not let them and as he had announced if they tried to trap him, he crushed Tyre's hand.

Finally, Odin put a sword in his mouth. But Fenrir's suffering was so unbearable that he screamed to death. To stop the screams that angered him, Odin drove Gleipnir deep into the earth with Fenrir.

The Ragnarök, the fury of the Fenrir wolf. 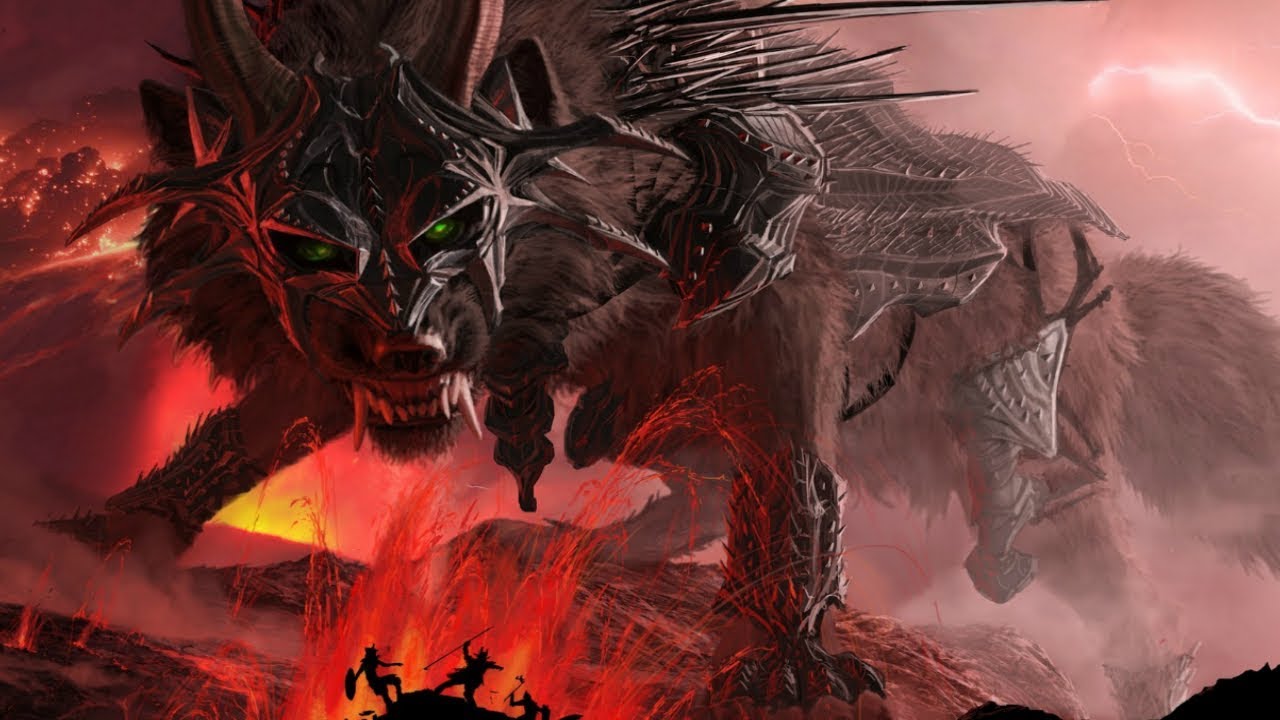 The myth says, that one day Fenrir would manage to free himself from his chains. He will gather his giant brothers, and they will face Odin and the other gods. That day is called Ragnarök. In this great battle they will kill each other; then the world will end and a better world will be reborn.