Are you passionate about the world of the Vikings and would you like to know more about these famous warriors of the past ? You have already seen some symbols from near or far, but you are not particularly interested in the subject ? If you love tattoos and would like to convey a powerful message through them, whether it's by tattooing your back, arm or neck, today we will introduce you to the most popular Viking Symbol Tattoos and their different meanings. We're sure you'll love them and that after this discovery, you'll have found the one you want. Enjoy your reading ! Who are the Vikings ?

The Vikings were first and foremost warrior tribes from different Scandinavian countries such as Sweden, Denmark and Norway. Between the years 700 and 1100 A.D., these peoples known for their savagery had a very precise goal in mind : to invade Europe, Asia and the North Atlantic.

The name Viking comes in part from the fact that they had skilled and experienced sailors and navigators. Indeed, in the language called "Old Norse", it means "pirate raid".

These people were therefore known to be men of the sea, traveling incessantly in their long ships called drakkars in order to find new exploitable lands as well as plundering places such as the sides of Great Britain as well as the North-West of France.

Did the Vikings wear tattoos ? Yes, very much so. It so happens that the Vikings, men and women, were covered from head to toe with all kinds of tattoos, each with a different symbol and a very particular meaning that touched its wearer. The kind of symbols that could be found were ancient Nordic symbols, knot patterns or representations of dark trees.

Today, no one can really know all the kinds of tattoos they wore, but probably symbolic tattoos from northern mythology as well as ancient drawings that researchers have found on Viking jewelry, bones, boats and other artifacts.

9 Viking tattoos and their meaning

The helmet of fear is also known as Aegishjalmur (Ægishjálmr). The design of this symbol consists of eight armed spikes that start from a central point. This symbol represents protection and superpowers.

Many Viking warriors wore this symbol to go to war because they thought it would protect them and give them the courage to defeat all the enemies they would fight.

The Valknut consists of three intertwined triangles with the tip pointing upwards. In many representations, this sign appeared to Odin, making him the symbol of this God. Many ancient Vikings believed that Valknut represented Odin's welcome to warriors arriving in Valhalla, the place reserved for the brave in Asgard.

In our society, the sign of Valknut has become very popular in the designs of jewelry, viking ring of valknut, artifacts and tattoos. Many of those who wear this sign believe that they will receive Odin's help in overcoming life's difficulties.

You can learn more about the valknut symbol here

Yggdrasil was the Great Tree of northern mythology. This ash tree was considered the Tree of Life that controlled the Nine Worlds and connected everything in the universe.

Here, you can learn more about the tree of life "Yggdrasil"

Thor's hammer was named Mjölnir. In Norse mythology, this powerful hammer commanded such respect that no other weapon could be compared to it. The hammer was associated with lightning, thunder and storm.

For the common Vikings and warriors, this hammer was very important because Mjölnir was the symbol of Thor - the most powerful of the gods and the one with the best heart. The Vikings wore this amulet in battles and daily life.

You can buy the thor hammer necklace here

The ouroboros is a symbol representing a snake biting its tail. Since "Oura" means tail and "Robos" means to eat, the meaning of the word could be: "He who eats his own tail". If you have some Nordic knowledge, you certainly know that this symbol was that of Jormungandr, the Nordic snake of Midgard, whose father was Loki, the famous deceiver.

The symbol of Ouroboros expresses the unity of all spiritual and material things. It also represents the eternal cycle of rebirth and destruction.

Learn more about the Jormungandr here

This symbol was very popular and was present in many Viking homes.

The power of this cross was to protect against bad trolls, demons and negative vibrations that could be found in the surroundings.

The Wyrd's Web, or Viking symbol of destiny, was a powerful sign in the form of runes. It was made by the Norns, the goddesses of destiny, who wove the destiny of all beings.

Vegvisir means "the indicator" or "the one who finds the way". The Vikings carried Vegvisir with them because they thought it would guide them, allowing them to reach their destination. Whether they were at sea or elsewhere, this sign would bring them home safe and sound.

Nowadays, some people think that the Vegivisir tattoos will help them not to take a wrong path in life.

Runes were the common alphabetical system of the Vikings. But they were not really used for communication purposes : runes were generally used to call the gods and ask them for help.

Don't know where to make your Viking tattoo?

Knowing where to get a Viking symbol tattoo isn't the easiest thing to do. Once you've been tattooed, it's hard to go back. Have no regrets and choose the ideal place on your body by observing everything that is offered to you.

Now, discover our selection of the most beautiful viking tattoos. 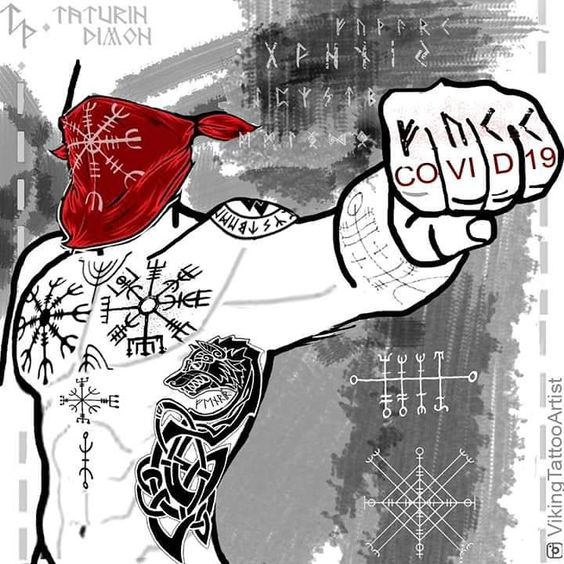 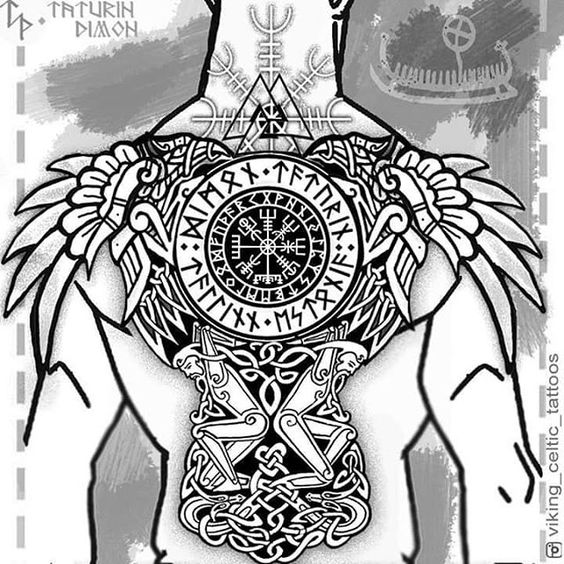 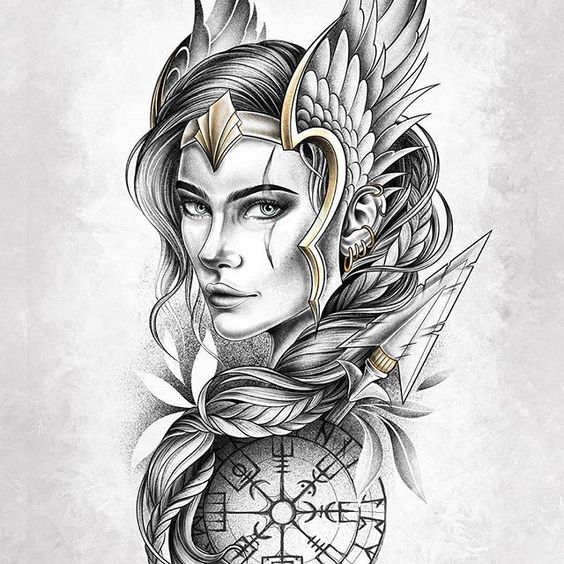 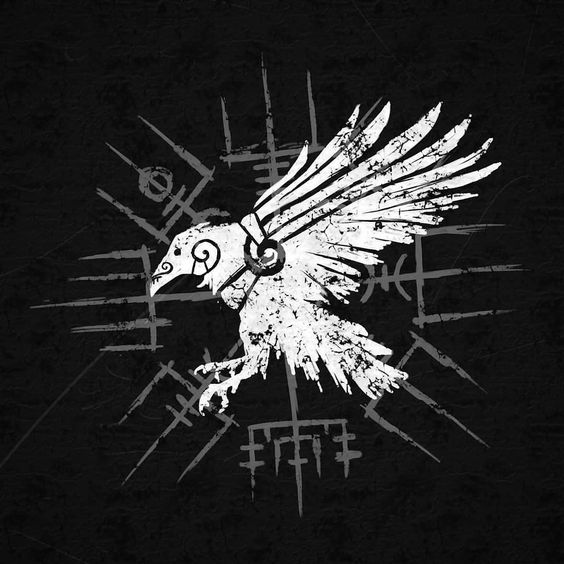 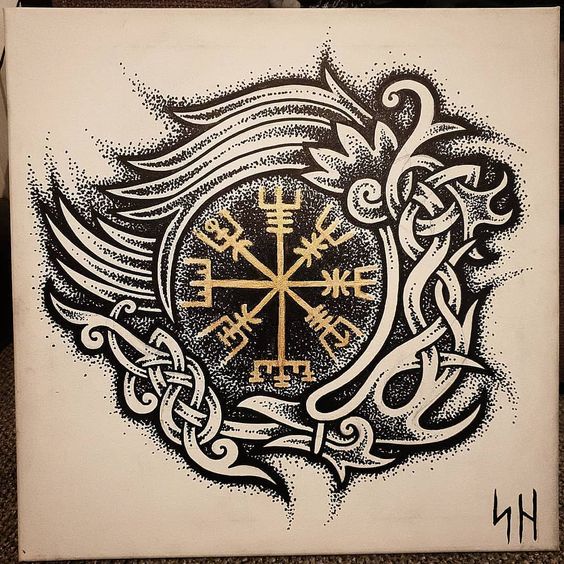 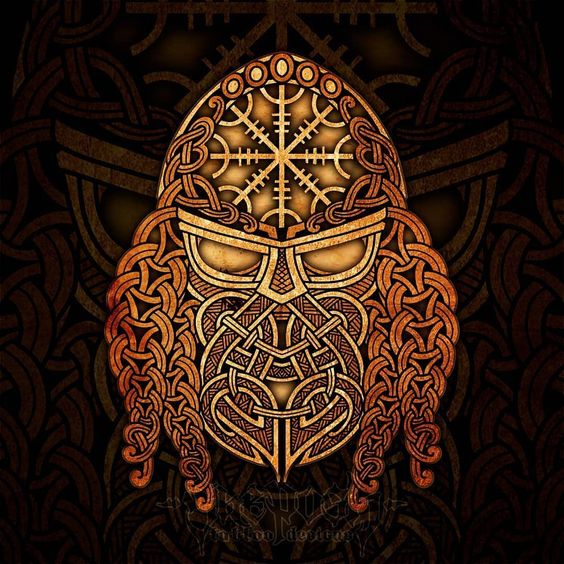 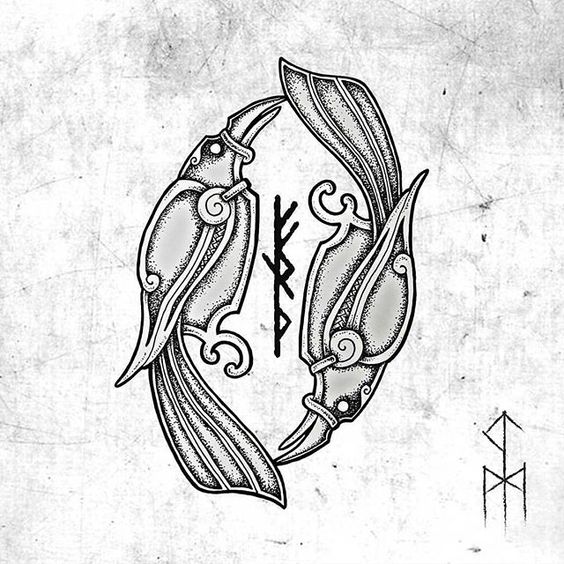 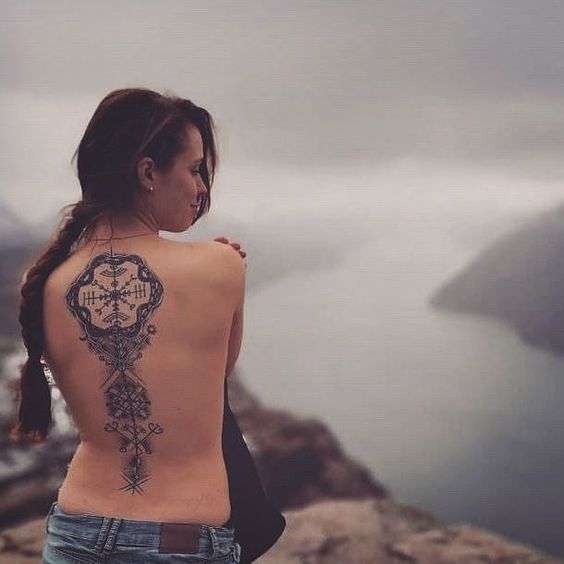 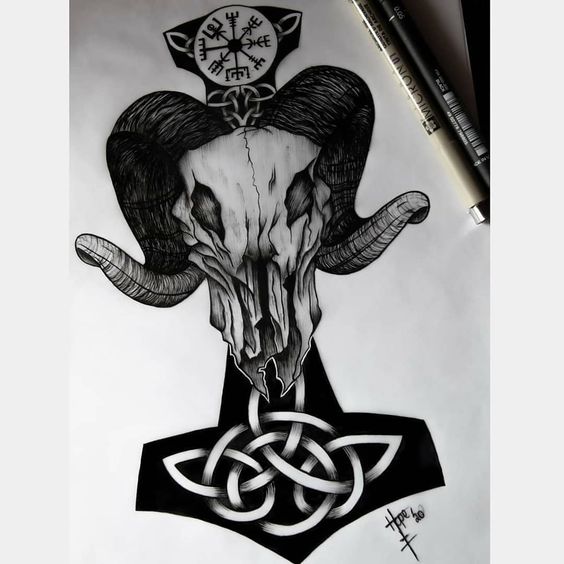 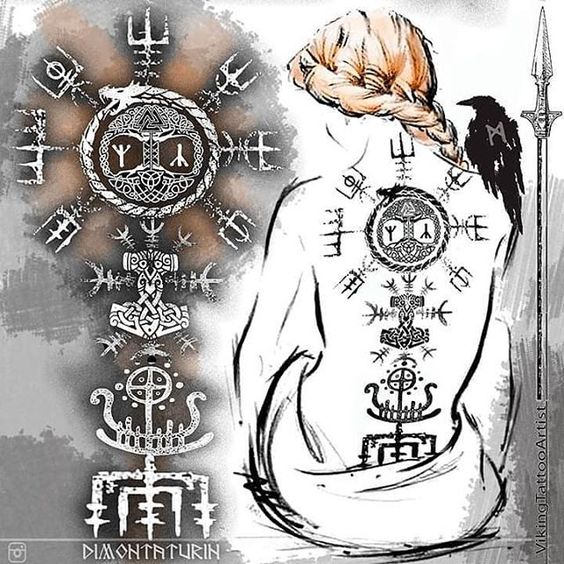