The Story of Hugin and Munin

Hugin and Munin are two ravens, brothers, who have been at the service of Odin the Father of All Things since time immemorial, before also serving his successors, acting as ears and eyes across the Nine Worlds for their sovereign. 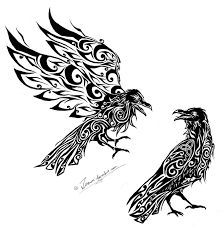 Every morning, Odin, or his successor, sends Hugin and Munin through the Nine Worlds of the Asgardian dimension to see them return at night, telling their master what they have seen and heard during the day.

The pair of ravens served Odin for countless years and even centuries, remaining out of the lives of most Asgardians. Hugin and Munin warned Odin of the coming advent of Ragnarok, which Loki had managed to bring about through the apparent death of Thor (Red Norvell), who had apparently fallen in place of Thor Odinson.

When Odin sought to make amends for his sins of greed and pride, he sent Hugin and Munin to use the halves of the Ring of Power forged from Rhine Gold to nail it to Yggdrasil,n the Ash of the World. They returned to his service after he had learned the Nine Song of Songs and the secrets of the runes.

When Odin sent his ravens into the domain of the demon Surtur, the 'Burning Galaxy', Surtur used Twilight, the sword of the gods, to destroy Hugin, while Munin managed to flee, informing Odin of Surtur's next attack on Asgard.

After Odin was apparently killed by Surtur in this war, Munin entered the service of Balder, who was appointed regent in Odin's place; when Munin brought Balder a black feather, Balder followed the raven across the deserts of Asgard until they arrived at one of the Sisters of Doom.

Balder asked her for some water from the Well of Life, which he poured over the feather, thus restoring Hugin.

When the Asgardians succumbed to a magical plague launched by Loki, Balder used his last strength to ask Hugin and Munin to provide the remains of the elixir obtained from the Well of Life to heal the young mortals Kevin and Mick Thatcher, before they came to the aid of the sick gods.

Later, when Thor restored the Asgardians, after having broken the eternal cycle of Ragnarok, Hugin and Munin came to the aid of the god of thunder to find Odin in Valhalla. 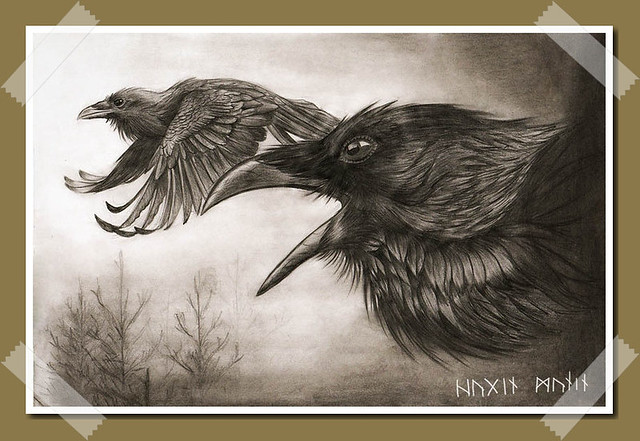 Then they returned to the service of Balder, who had been appointed king of Asgard after Thor had been exiled for killing Bor, the first ruler of the Asgardians.

Powers of the crows of odins 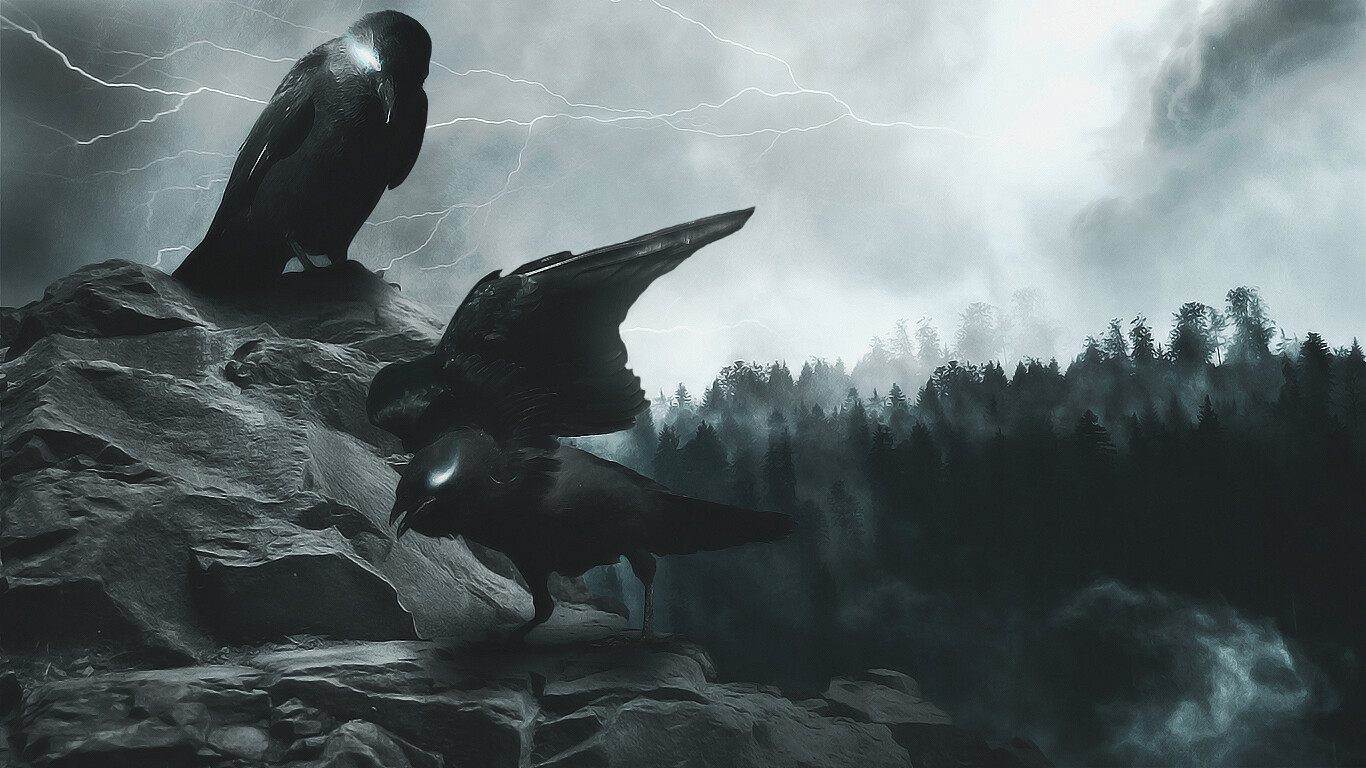 Hugin and Munin both have improved physical abilities (strength, endurance and flexibility). They can move through any dimensional barrier thanks to runes carved into their talons and are immune to any containment or immobilization spells. 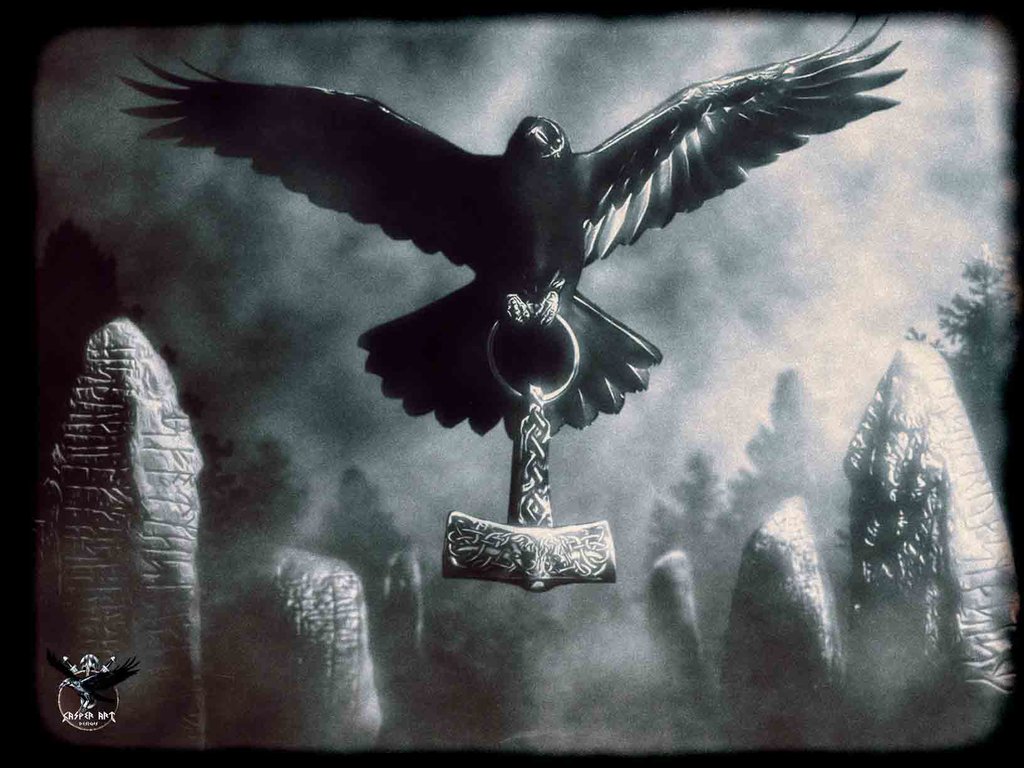 Hugin and Munin are extremely intelligent, able to talk and know the difference between two individuals. They have a wingspan of 1m30 and are covered in black and shiny, almost oily plumage; they can perceive their surroundings even when moving at very high speeds or performing aerial manoeuvres.